Detail of the original Shuffle Along orchestra from The Music of Black Americans, 1st edition

This timeline charts significant moments in the life and career of Eileen Southern, together with selected events in U.S. racial history.

On June 15, three Black circus workers performing in Duluth, Minnesota (150 miles north of Minneapolis) are accused of raping a white woman and lynched by a mob 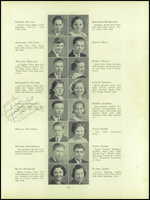 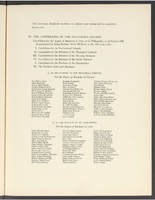 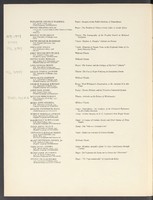 Jackson earns her MA in the Humanities (music) from the University of Chicago in August, having started in January of that year. Cecil Michener Smith advises her thesis, “The Use of Negro Folksong in Symphonic Forms”

Jackson arrives on December 1 to begin a position as an instructor at Prairie View State Normal and Industrial College, a public, historically Black university in Prairie View, Texas. Joseph Southern is secretary to the registrar at Prairie View, and he and Eileen meet while working there

The December 7 Japanese attack on Pearl Harbor draws the U.S. into World War II. The U.S. military is segregated throughout the war and remains so until 1948

Southern and her husband move to Charlotte, North Carolina for the 1942-43 school year; she teaches music at the Second Ward School, the first Black high school in the city which had opened in 1923

Southern serves as an instructor at Southern University, a public, historically Black university in Baton Rouge, Louisiana for the 1943-44 and 1944-45 academic years

Southern moves to Lorman, Mississippi and works as an instructor of music during the 1945-46 academic year at Alcorn A. & M. College, a public, historically Black institution

Southern travels north during the summer to inquire about enrolling in the PhD program at Radcliffe College, the women’s college associated with Harvard University. Turned away, as she later recalls, she instead takes a course with Gustave Reese at New York University on the music of Renaissance composers Palestrina and Lassus

The US Supreme Court decision in Brown v. Board of Education declares segregation of public schools to be unconstitutional

Southern performs one of her last major concerts as a pianist at the YMCA in Harlem on January 2, as reported in the Amsterdam News on January 15

Southern serves as lecturer at Brooklyn College, City University of New York (CUNY) for one academic year, starting in the fall, while she continues to teach junior high school 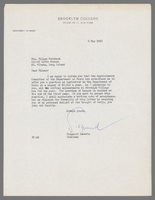 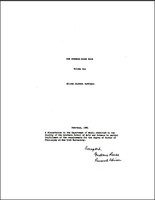 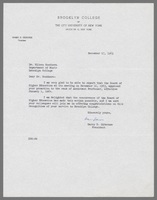 Southern learns of her promotion to assistant professor at Brooklyn College, which takes effect on January 1, 1964

The Civil Rights Act of 1964 bans discrimination on the basis of “race, color, religion, sex or national origin” in an attempt to end decades of inequality under Jim Crow laws

Southern publishes "Foreign Music in German Manuscripts of the 15th Century" in the Journal of the American Musicological Society, becoming the first African American author in that scholarly journal 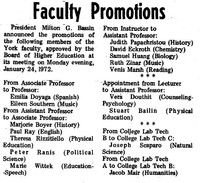 Southern joins the faculty of York College (CUNY) as an associate professor. She is promoted to full professor in January 1972

Eileen and Joseph Southern publish the first issue of their academic journal, The Black Perspective in Music

Southern begins teaching one course at Harvard while still working full time at York College; she does so for the 1974-75 academic year and the fall term of 1975 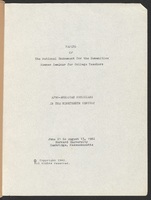 Southern retires from Harvard at the end of the fall term

New Perspectives on Music: Essays in Honor of Eileen Southern is published, edited by Josephine Wright with Samuel A. Floyd, Jr.

George Walker becomes the first African American composer to win the Pulitzer Prize in Music, a prize first awarded in 1943

The third edition of The Music of Black Americans is published

Southern dies on October 13 in Port Charlotte, Florida due to complications from Alzheimer’s